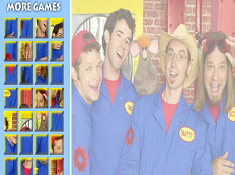 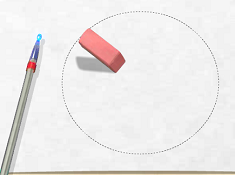 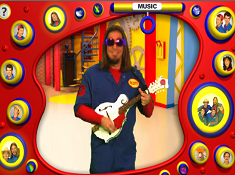 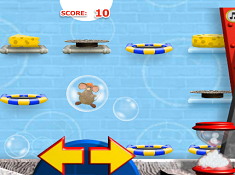 Sound Swatter is one of the newest game appeared on our site in which you will have a great fun with our heroes from the series Imagination Movers and you have to do your best to get a lot of points. Our heroes from the series will play some music in their house but the sound is going up to their neighbor and you have to protect him from the musical notes that will wake him up. If he wakes up the boys will have problems so be careful to destroy all the musical notes before they reach the top part of the game. Here you need the key a to move the pillow from the left side of the screen to hit the musical notes, to destroy them. If you want to move the pillow from the right side of the screen you need the key k. In this game you have to protect the neighbor for the music until the boy finish the song. At the end of the game you will get points according to how many notes have you destroyed and if you have a big score you may reach the top of the best players in the world.

use the a and k 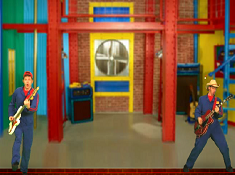